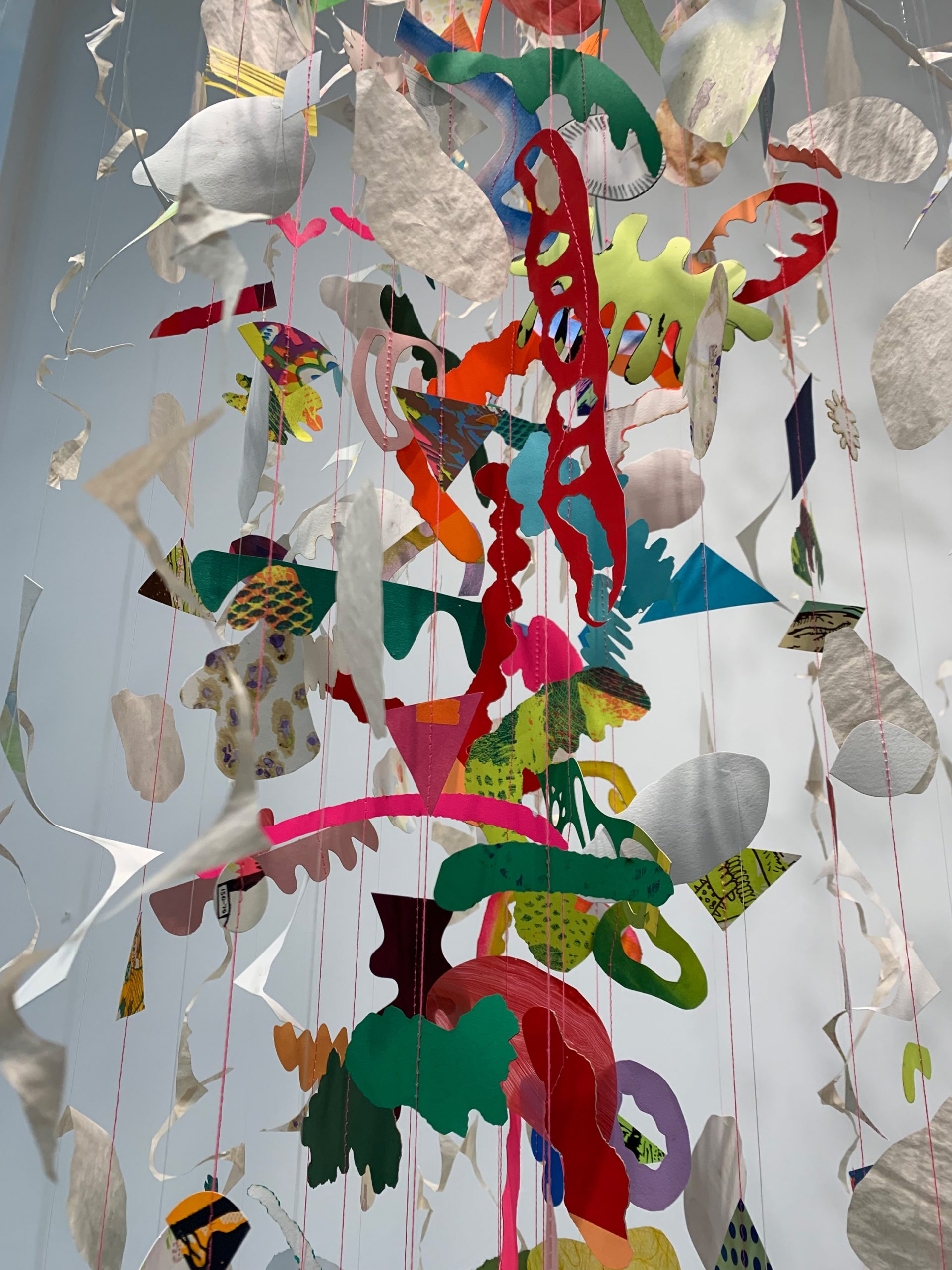 Maya’s works contain a sense of playfulness that is reminiscent of childhood. As a child, Maya would draw on her walls, inspired by her vivid dreams. She followed that instinct and was supported by her mother, a poet and her father, a psychologist. Growing up in New York City, she held her first show in a nightclub called Limelight. Having exposure to city life so young incited her curiosity for other places, alternative lifestyles, and living spaces such as communes and geodesic domes like the one in the gallery. When in Paris, she participated in a culture of squatting or using abandoned buildings as studios. Her affinity for the unconventional has also inspired her work – she has put on a fashion show on the Paris metro as well as puppet shows and sleep concerts. Maya made this mobile, called, Conversation Piece with Nadya Volicer, another Boston-based artist. Collaboration and interaction is an important part of this work. By making work about alternative lifestyles and living spaces, Maya is dreaming up a more communal world, the community is what really brings the work to life. This mobile hangs from the ceiling almost to the floor, lighter at the top and heavier towards the middle and bottom. The bright shapes are encircled by white paper. When I look at this mobile I think about rain and how it can start slowly and pick up and how rain in its various stages and on different days can affect my mood. I also think about how this childhood symbol that would hang above a crib now hangs in grandiosity the same way that the things in your childhood imprint on you and transform you into who you are. How do you relate to this? What does the mobile make you want to talk about?