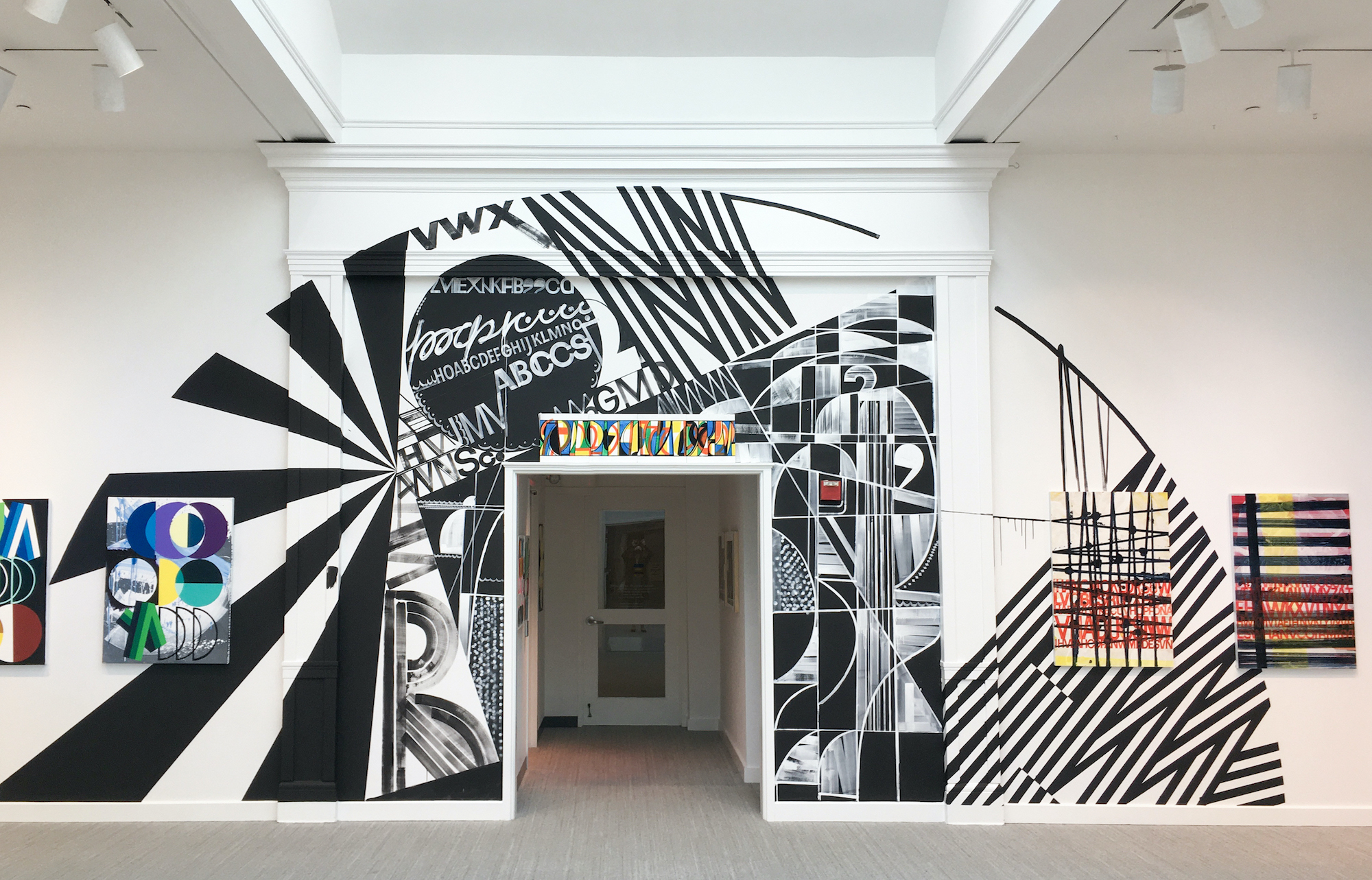 Cyrille and Kenji have known each other since the early 2000s but didn’t start collaborating until 2019 for Dear So-and-So, a pen pals art show in which artists were encouraged to work in a call-and-response style.

Their collaboration seems to come easily to them because of their friendship, love of geometry, similar creative processes and, perhaps most importantly, an inherent mutual trust. Both enjoy listening to music while they work and have intensely broad tastes from New York Rap to Japanese honky tonk.

By starting without a plan or with only a very loose one, they riff on each other’s ideas similar to a band jamming out or a freestyle rap. For example, Cyrille didn’t start using outlines of circles until working with Kenji on a piece in which he needed to create more negative space for Kenji’s work to come through. Usually pieces only get exchanged once with Kenji beginning and Cyrille finishing a piece but in this mural they worked side by side. There was an instance where Kenji felt as though he had overdone an area of the mural and asked Cyrille to go back in and cover some of it up. This speaks to the trust that the artists have for each other when collaborating.

The name of the show, Folie à Deux, a “madness shared by two,” came from their desire to emphasize their cohesive creative process. Cyrille found the phrase while searching French expressions on the internet and it immediately jumped out at him. They both share a history of naming their works in French. One of Kenji’s previous bodies of work was named Etudes (“studies”) while Cyrille previously named many pieces in French before naming them in Breton.

Cyrille and Kenji’s repeating symbols of circles, letters, layers and dynamic patterns that are prevalent throughout their work, communicate with, and expand upon each other when placed on the same canvas, or in the same space. In fact, their work is so cohesive that people who are not aware that Folie à Deux is a collaborative show and assume that all the work is made by one artist.

When moving through the show, take time to look at each piece and think about the colors, shapes, and compositions. In what works do you feel balance or a lack of balance? Does your perception of the shapes change as you move through the space? There are endless ways to interpret abstract art, everyone will see something different and take their own meaning or ideas away. Ask yourself, what is abstraction’s place in art? When was the last time you made something? What would you do if given a blank space?