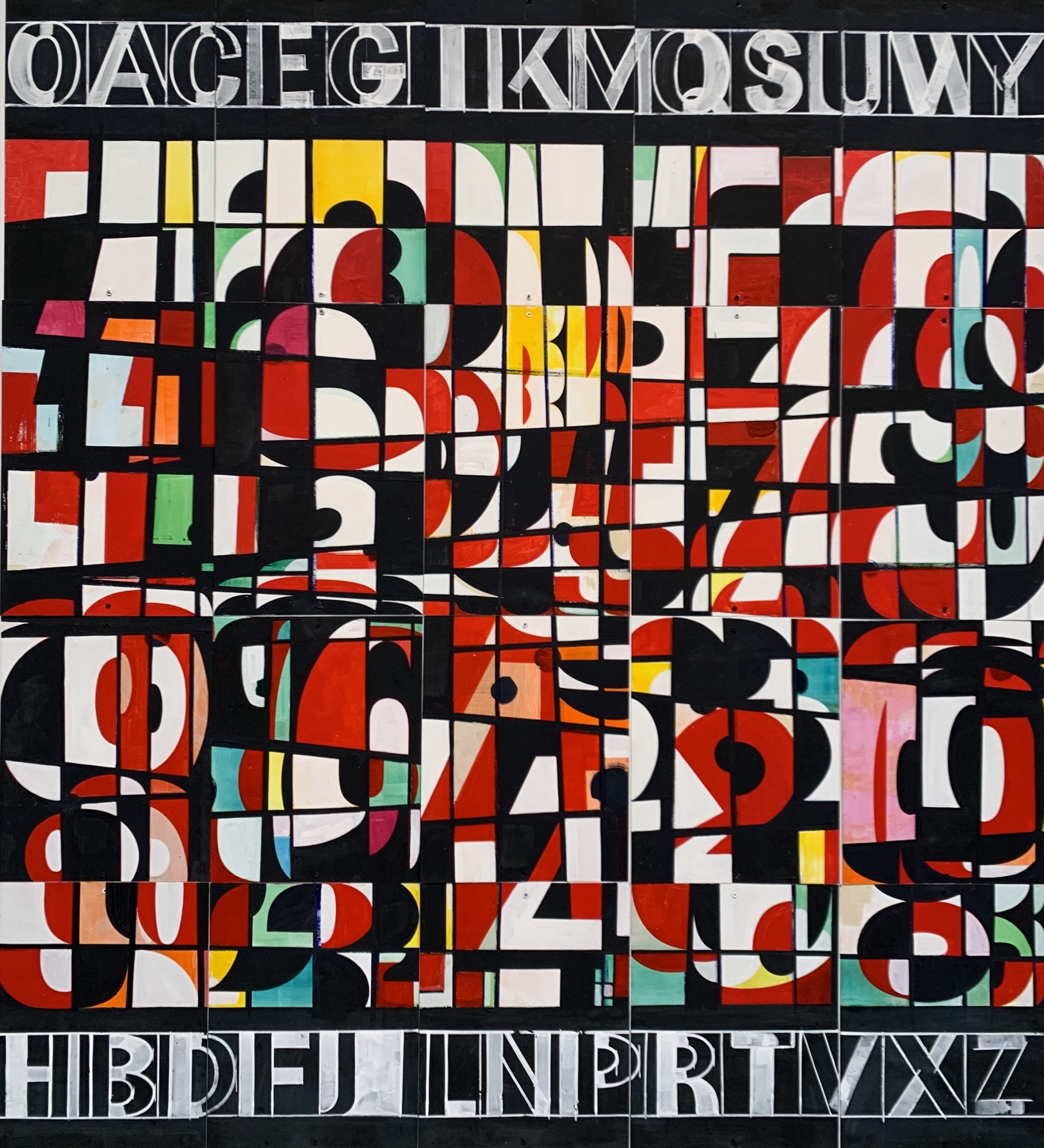 This colorful, geometric, 20 panel painting is called o/e by Kenji Nakayama. Kenji is a sign painter and artist born in Japan and based in Boston. While in Japan, Kenji studied engineering and decided to come to America and pursue sign painting after becoming fascinated by car culture—specifically, pinstriping, a painting technique used on cars and motorcycles. Kenji says his artwork is largely about or inspired by the act of studying, and it seems that his career and art are studies of each other, each inspiring the other. In much of his work he uses letters and numbers as compositional and visual elements rather than objects of meaning. He chooses to use the alphabet because of its inherent geometry as well as its ability to be broken into individual letters, which would be an obstacle if using Japanese characters. In his art practice, Kenji comes to pieces with loose ideas and steps but relies on improvisation and intuition saying he “throws dice” at each step. As layers and colors are added, he continually sees opportunity to make his mark, saying “art making is finding opportunity for myself”.

Look closely at this piece, what do you see? Large, fractured pieces of numbers are in disarray, their curves stacked around each other drawing your eye through black, white, and red, playfully intertwined with minimal yellow and green. The black borders on the top and bottom contain uniform, measured letters, providing structure for the piece; evidence of the artist’s hand can be seen in the brushstrokes of the letters.

As you look at this piece, think about your own relationship with language. Do you feel that some things are better expressed without words? Letters and numbers, like art, are human constructions that are used to communicate. How do you receive messages from them differently? What is the relationship between the legible and illegible or what you can and cannot understand?