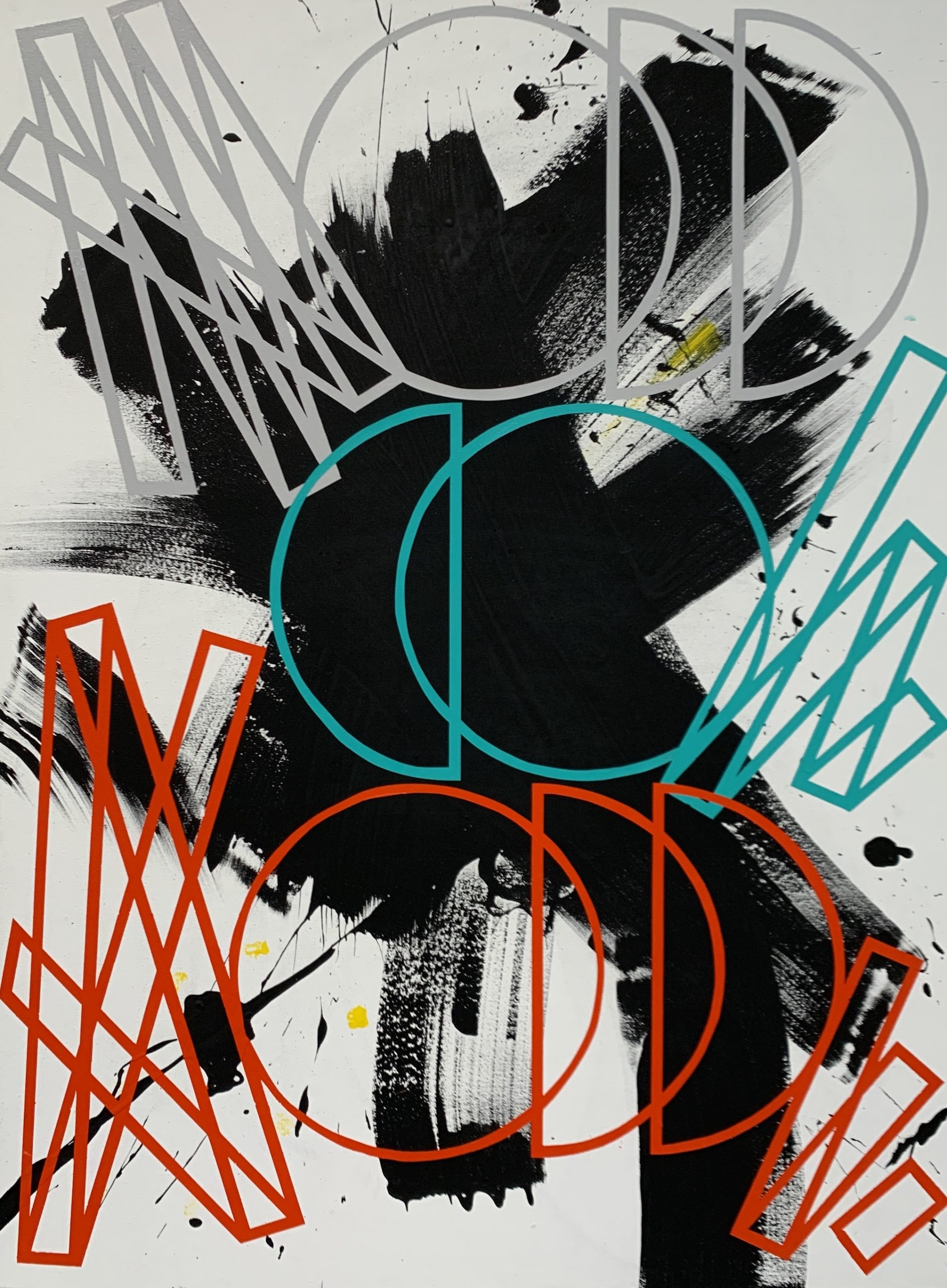 Here, again, we see Cyrille Conans circle motif, but this time the shapes are clear, forming an outline of a circle rather than filled with bold colors. This shift in composition was a change that came after working with co-artist Kenji Nakayama. The two have made a number of collaborative pieces, which flow so beautifully together that one could easily mistake them to be created by the same artist. In one of their collaborative works, Mibin A Droad 1 (easy going), a set of two paintings, you can see clearly why Cyrille chose to maintain the circle outlines that allow for Kenji’s masterful lettering to be seen and appreciated.

Cyrille does not care for naming his pieces as much as he does for creating them—he does not feel it is his job to do so, therefore most of the names of his pieces are taken from song lyrics or other ideas that come to him easily. Music has had a big impact on Cyrille’s life and work, some of his favorite genres include hip hop, jazz, rock, and favorite artists include MF Doom, A Tribe Called Quest, and Beastie Boys.

This piece, titled Dez Gouel Nedeleg (winter solstice), was created on the winter solstice, and although Cyrille does not prefer to spend much time deciding what to name his pieces, I can see the impression of the winter solstice in the composition of the painting. It is made up of mostly cool colors, besides a flash of red shapes at the bottom of the canvas. Underneath the geometric circles and semicircles lies an abstract smattering of bold black paint, and faint yellow accents

The titles of Cyrille’s work are important to his family’s history and roots. Cyrille is a first generation American, his parents are from Brittany, France, a Celtic northeastern part of the country, where the artist spent summers growing up. Cyrille’s work is titled in Breton, a Gaelic dialect spoken in Brittany.  By choosing to name his artwork in Breton, Cyrille is honoring his family and his own identity.

By doing this, Cyrille is trying to raise awareness of diversity within race. Cyrille feels that in America people have a skewed perception of race. They see it as a way to put people into boxes, when in reality, a person’s skin color only suggests a small part of their background and origin.